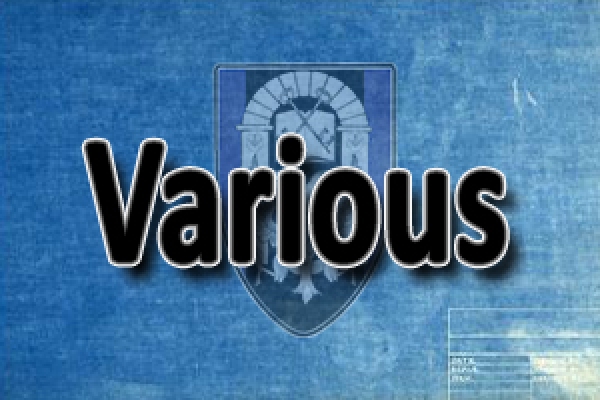 When you were here before
Couldn't look you in the eye
You're just like an angel
Your skin makes me cry
You float like a feather
In a beautiful world
And I wish I was special
You're so fuckin' special
Radiohead, Creep

Daniel sat in his study and felt the walls closing in around him. He didn't see the rich, yet understated furnishings of master craftsmen, nor the wealth that was collected in a small library of books that had always comforted him in times of trouble. He saw none of his favorite fowling pieces that hung on one wall, nor the mounted marlin that was nearly six feet long and the pride of his career as an amateur angler.

Nor did the view out of his family town home in the most affluent area of Boston comfort him as it once did. Whereas once it had been a sanctuary to rest from and plan for the next adventure of life with his love, now it was barren walls and empty furnishings. He no longer heard the laughter of his daughter echoing through time in the hallway, nor felt the slow boiling anger at being kept from his grandchild.

Nothing mattered except for the phone held listlessly in his hand and a text message that began 'We are sorry to inform you...'

Daniel Dawson was a brave man, and he had faced down threats to his life before. But never before had he felt so helpless, nor his wealth felt so meaningless as it did then. He was losing all that truly meant anything to him, the sweet, beautiful partner he had been blessed with so long ago to a stranger that was stealing her body and had no idea who or where she was.

For all his things meant nothing because he could not save that which was most precious to him. He laid his head on his desk and wept.

Jadis heard her name called over the hub bub of conversation and general gaiety of class being out for the day as the students returned to Melville Cottage to change out of uniforms and make the most of the remains of the day. Jadis made her way through the crowd to the Concierge Desk and nodded a greeting. “Hello, Mrs Deng, you have something for me?”

The Concierge reached under her desk and produced a briefcase that had an extra steel loop on it. An extra loop that was there to attach a set of handcuffs for a secure courier. “This came for you, this afternoon. Sign here, please.”

“Thank you,” Jadis told her as she picked up the pen with her free hand and scratched her name in the requested blank. Taking possession of the case, she shuffled off to the elevator line and waited for her turn to ride a car up to her floor.

“Hey, Jadis,” greeted Misty as the super villain's daughter let herself into their shared room. Misty was already in her favorite T shirt, one with a familiar S in a diamond on a blue background and jeans. “What's that?”

“Hello, Misty,” Jadis replied tiredly as she set down the case and her book bag on her bed. From her desk she produced a key and opened the briefcase, seeing, as expected, a clear acrylic tube full of an electric blue fluid that glowed slightly, as well as a pneumatic injector. “This is Acetylcholine Hydro-Phenserine.”

Misty rolled her eyes. “You could have just said chemistry homework.” She blinked and stood up. “Wait, AHP? Holy shit! You have Solon-5?”

Jadis cursed all exemplars and their photographic memories. “Keep your voice down!” she hissed. Misty came over to stare at the tube in the briefcase next to her room mate.

“Jeez, Jadis, how do you do it?” she whispered. “This stuff is so new it's not even illegal yet!”

“Never mind,” Jadis replied as she closed the case and crossed her arms to stare down the other girl. “And what is your silence going to cost me, Misty?”

The blond shrugged and walked back to her bed. “Hey, it's not any of my business what you put into your body. So long as I am not wrapped up in things, I don't really care. Now, if you want to turn this place into a pharmacy, that's a whole different kettle of fish...”

“No worries,” Jadis told her. “This is a one time thing, and a gift anyways.”

A demonic light lit up behind Misty's eyes. “Wait, I know what I want...”

Jadis couldn't help but wonder if Tansy's nearly unearthly beauty was the compensation the universe was offering her for the massive, steaming dump it had taken on her life. After their weekend sleep over, Tansy had laid herself bare to her old friend, all the things that had been rumor or hinted it, spoken of in hushed whispers behind the beauty queen's back; and it was all true andworse. Her shame at the complete slut she had become to use boys into getting what she had wanted, allowing her father to manipulate her into using her powers for him and the isolation and psychological abuse he had practiced on her, turning her into a weapon for his own ends.

Jadis shuddered at the thought of being so completely alone that she could forget what love felt like.

Jadis had it bad, as she would be the first to tell you, but it was nowhere near as rough as her beautiful friend. Which is a good part of what made her feel guilty about being jealous of Tansy and her beauty now as she followed the tall blonde into her room where tea was set out and waiting. You became a bit dead to it from over exposure of exemplar beauty, but with Tansy, everything about her was just...magnificent. The way she walked, the perfect, perfectproportions of leg to torso, shoulders to hips, that timeless, flawless symmetry to her delicate, idealized features; it all came together with devastating effect iced on this particular cake with her having attended some of the best finishing schools for young ladies and being an expert with her cosmetics.

It wasn't just unfair, it was downright inhumane that someone could be so beautiful. Helen would weep with envy.

Yet, encased in this living statue, this goddess descended among mortal men was a science fiction and comic book nerd whose tastes in fiction were as unrefined as they were broad and accepting. That Aphrodite would also house a good and decent girl who had merely lost her way when she had been cursed with this beauty, who had missed her friendship with Jadis for who Jadis was, not what she could accomplish or who her father was.

“Earl Grey?” offered Tansy from filling her own cup. “I'm sorry, I didn't have time to lay on the fixings for jasmine.”

“Earl Grey is fine,” Jadis assured her as she sat down and mastered her emotions and thoughts swirling around in her mind. “How are your grandparents?” A cloud passed across the radiant sun of her face as she looked down into her tea and sighed.

“Grandpa called Mom today,” she said softly. “They weren't accepted into the Solon-4 Trial. She...she's worried he'll do something reckless.”

Jadis took a deep breath and steadied herself. “Well, I have something to help you with that,” she declared quietly. She saw the confusion in her friend's blue eyes and sat down her tea cup and opened the briefcase she had brought with her, it's precious cargo safe in the foam cut for it.

Tansy's eyes went wide and her cup rattled against her saucer before she could put it down lest she drop it. “Is...is that...?”

“This,” Jadis told her, “is Solon-5. My Dad tells me it has all of the reparative powers of 4, that the official agencies are only just starting to admit to, as well as a few other of his favorite properties. There's a complete set of directions and warnings for their doctor as well as dosage instructions.”

She smiled and handed the briefcase to her friend. “Tansy, there are risks, and the DVD talks about all of them for their doctor to go over with them.”

“I know,” Tansy replied softly. “We were worried that they would try anything and who knew what it really was, you know?” Jadis nodded and sighed.

“Well, this is real, and completely pure. You have my word.” Her features became stern. “Now, I want your word that you will make your grandparents understand they are NOT to administer this themselves, but to go through their physician and to listen and weigh very carefully the risks.”

“I will put it in Dr Anderson's hands myself,” Tansy promised. She stood, crossed the short space and swept Jadis up into a hug. Jadis felt a flood of emotions radiating off her friend, love, gratefulness, friendship that brought a smile to her face as she returned the hug.

“So,” she said with a lopsided smile. “What did you think of World Without End?”

Tansy couldn't keep in a giggle as she wiped the tears from her eyes and the two girls settled into their favorite past time.

Misty's thumb let her into the room she shared with Jadis as she sighed at the close of another week. Her shoulders were a little slumped and she felt beat down and grateful it was Friday. Or, she had been, until her eyes fell on the brightly wrapped parcel on her bed. Squealing with delight, she rushed over and found the card and Jadis' handwriting of:

With appreciation of services rendered

More in this category: « The Last Ride All Hallows Ball »
back to top